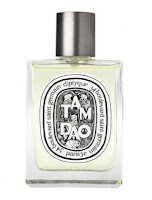 I have sample worn Diptyque's Tam Dao countless times since its release in 2003. I have never, in all these sample wearings, disliked it. I also never have been moved to purchase it. It seems to fall in that gray area with me like so many other fragrances that fall through the cracks of my "potential purchase" list.

What amuses me about this particular "type" of scent is that I end up comparing them to a huge bottle of Zara Sandalo that I have......and they either equal it or fall short. Keep in mind that Zara Sandalo is extremely economical while Tam Dao costs more than $1.50 per ml.

To be fair however, Tam Dao is a nice woody. Diptyque's site lists Ambergris, Cypress, Rosewood and Sandalwood as its notes, yet I do get a prominent musk that's not listed. It is this musk note that is the deal killer for me. This additional note is far too reminiscent of inferior masculines I have worn that seems to be included simply to augment and be frugal at the same time. It's an association I can't seem to shake and stops me from shelling out the money needed to meet its price point. I really can do as good ( or better even) for much less money on similar offerings.

In essence, Tam Dao is good, yet not bottle worthy because of the price and what's out there for less. I recommend a sample wear so you can decide for yourself. As for me, I have no choice but to give it a big, fat neutral rating.
Posted by AromiErotici at 4:08 PM 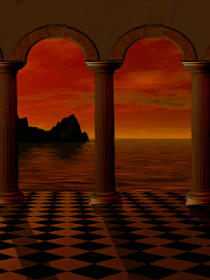