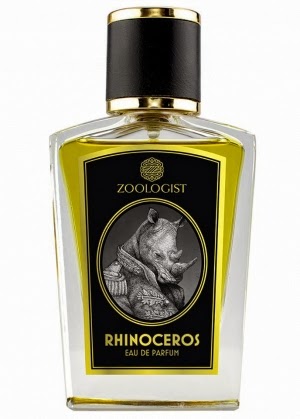 Mrs. Aromi and I could not possibly be more different when it comes to processing aromas we encounter. 99% of what I like, she naturally dislikes.....or hates outright. It's an amazing thing. Rhinoceros by Paul Kiler is a case in point. She says " It smells like a funky mens locker room", whilst I interpret it as a slightly boozy, woody leather with smoke. To drive this home. his other release called "PANDA" is one she delights herself in, yet I experience a borderline urinous accord the entire wearing. Suffice it to say I did not enjoy that one......... 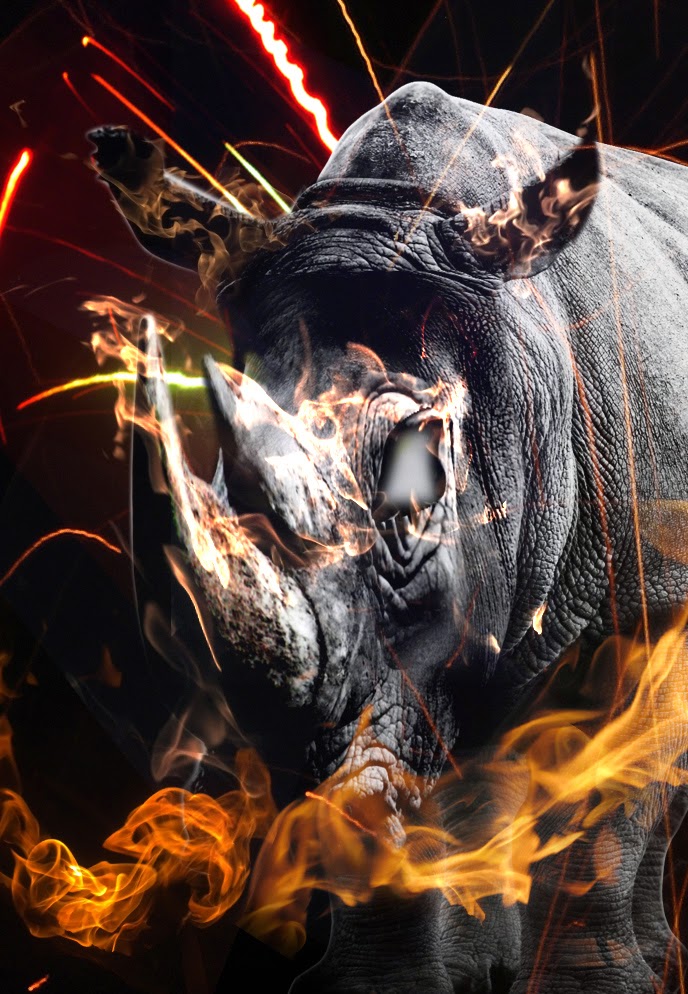 Rhino however spreads out on the skin, upon application, like a well groomed and clean shaven group of football players, bursting out of the huddle and lining up at the line of scrimmage. There's energy here that is tangible. The notes are packed tightly together and then once the huddle breaks, an audible is called and the formation spreads out, giving everything more room.

There's an approximate 2-3 minute window, immediately following application, that I can detect almost every listed note. Almost as quickly, that clarity vanishes and is replaced by a heavier, denser quality and aroma. This begins the heart of Rhinoceros and it pumps the suggestion of whiskey soaked suede, pepper, moist earth and forest woods that have been permanently altered by heat and fire. From the initial, subtle smokiness, a charred leather rears its head and supplants the suede that manifested only moments earlier. These were noticeable transitions and I enjoyed trying to analyze them in real time.

Rhinoceros spends the remainder of its time, on my skin, as a smoke-infused woody leather, accented intermittently by earthy tones. The rendition of smoke here, used by Paul Kiler, once the base and drydown commence is perhaps one of the more superior and wearable ones I've come across as of late.

Sillage is average or slightly better than that, with longevity approximately 4-5 hours on my skin before turning into a skin scent for just as long. This accomplished with moderate sprays. Thumbs up from Aromi for Paul Kiler's Rhinoceros and as you would expect, a sample wear is recommend before purchase.
AromiErotici Paul Kiler Zoologist

Popular posts from this blog 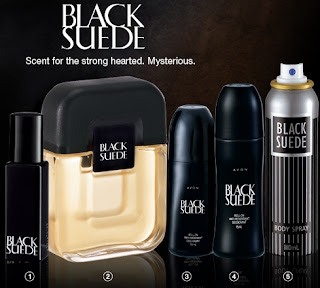 Nutmeg, Clove, Amber, Musk, Moss, Wood Notes. Yes.........I am reviewing one of the Rodney Dangerfield's of fragrance. Black Suede has been gracing medicine cabinets, for better or worse, since 1980 my friends. If you're expecting me to inform you ( like others may have already ) that Black Suede is a nasty scrubber, you will be disappointed. On the other hand, if you're expecting a glowing review claiming it's a diamond in the rough, you won't hear that from me either. I will say though that Black Suede doesn't deserve the hate it's received and most of that is due to snobbery aimed at Avon products in general. I kid you not when I state that a close relative to this fragrance is Cacharel Pour L'Homme. The array of spice in both ensure comparison, but the "smoother" of the two is Black Suede due to its implementation of Amber. While wearing Black Suede, one can detect a hint of "drugstore". That quality doesn't manife
Read more

Will Miss You Dave 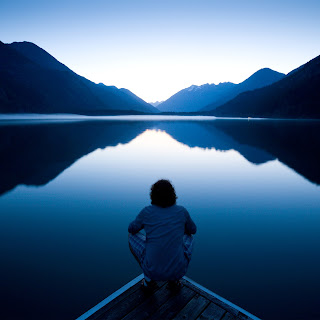 Sad news folks. After battle with cancer David passed away earlier this month. He was a great friend and a guide and I will miss him. He loved fragrances, especially vintages and even at the very end all he talked about was fragrances - the batch variations of Lapidus, difference between Opium PH EDP vs EDT, and the sorry state of current perfumes. The only other thing that made him happy was his music. He was a guitarist and if you are interested, you can check out his songs on youtube . He was at peace with himself at the end. In his own words -   I'm in a good place bro. I've always believed in the saying "Don't get caught dead without Christ" Rest in peace bro and keep smelling awesome.
Read more 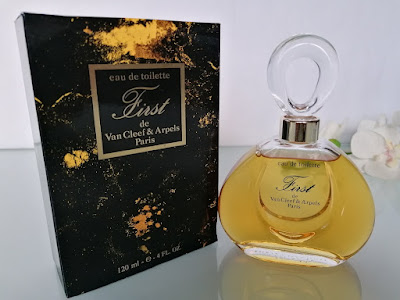 When I started my fragrance journey, I got a bunch of these from Target to give as gifts. I liked the shape of bottle and its name. It smelled decent though a bit old school. With time, as I tried more fragrances, I thought this is a knock off of other aldehydic florals. Stopped caring for. A few years ago I came across vintage version on eBay for cheap and snapped it up. And I am glad I did cause this version is simply amazing.  You can smell the whole floral symphony with 3D effect. But that is not even the best part. The drydown is where you see its beauty in full. Soft, powdery sandalwood. It is hard to describe how good this is. I have Arpege, No. 5 and Joy in vintage formulation and I find First to be superior. Arpege is too indolic, First goes low on indoles and uses civet to add the funk. Arpege and No. 5, both blind with aldehydes while First uses it for a shimmering glow. Joy is a great white floral but it is overpowered by Jasmine. Lacks the evolution First has.  All I can s
Read more